KAPPA Prizes on Offer on All Things Jabu

How you enter is simple. Go to http://fantasy.premierleague.com/ and create your team and then join the All Things Jabu league with the code: 232531-62816.

The winner of the league will receive a KAPPA Back Pack and a KAPPA Bloemfontein Celtic replica shirt. 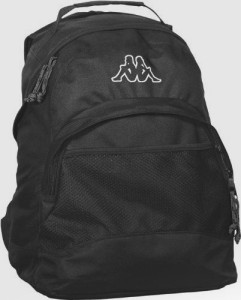 There will be more prizes and partners added to the event and these will be announced over the course of the week. 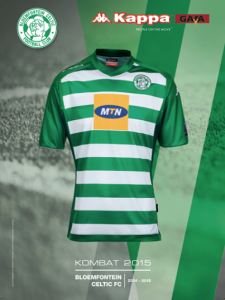 To give an idea of how the teams work and how selections are made, Dirk Vale, one of the All Things Jabu writers, will take you through his picks.

I find myself mid pack after week one but I’m happy with my picks, just should’ve had Aguero starting in my first 11 instead of Lukaku!

In goals I have Howard, who even though conceded two against Leicester is still a class act. Long term selection here, not many that will have better stats over the course of the season. Defence I have Vlaar, Debuchy and Ivanovic, I’m going with the World Cup made popular, back three. Strong and I think they will give me a few assists as well, well hopefully they will! 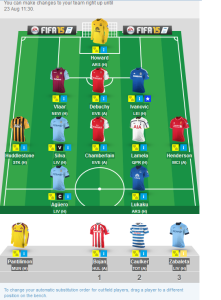 In the midfield I have Huddlestone, Silva, Chamberlain, Lamela and Henderson. Players I know will be part of the action for their teams. I know some will think Lamela is a strange addition but he’s a massive talent with a lot to prove and after seeing him in pre-season I really feel like he will surprise. Huddlestone will be the controlling midfielder for Hull and I think Hull will grow from their FA Cup final appearance last season. Silva needs no introduction, and he’ll be central to City’s title defence. Henderson is a work horse and growing into his role in the Liverpool midfield. Chamberlain is a player I’ve always liked and think a year older he’ll be more part of the play at Arsenal.

Upfront for this week I’m picking fit again Aguero and power house Lukaku. Let’s see how they perform this weekend but a decent first week, hopefully I follow it up with a strong second week in the EPL!

We’ll be updating and chatting about the league over the season.

One thought on “KAPPA Prizes on Offer on All Things Jabu”